Why projected capacitive touch screen is the best choice?

Why projected capacitive touch screen is the best choice?

The projected capacitive screen can be divided into two types: self-capacitance screen and mutual capacitance screen. The more common mutual capacitance screen is taken as an example. The interior is composed of a driving electrode and a receiving electrode. Current, when the human body touches the capacitive screen, because the human body is grounded, the finger and the capacitive screen form an equivalent capacitance, and high-frequency signals can flow into the ground through this equivalent capacitance, so that the amount of charge received by the receiving end is reduced Small, and when the finger is closer to the transmitter, the charge decreases more obviously, and finally the point of touch is determined according to the current intensity received by the receiver. 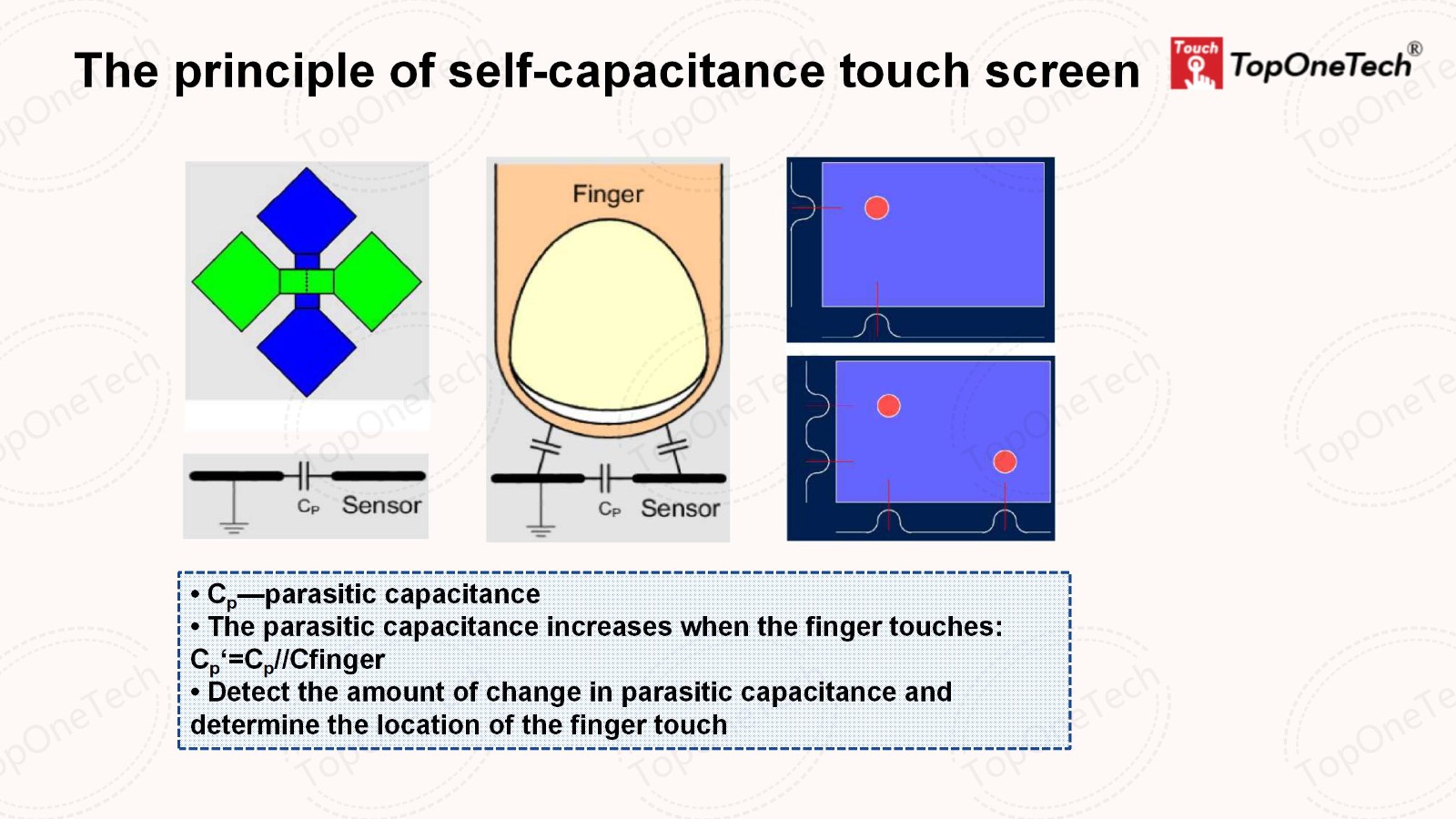 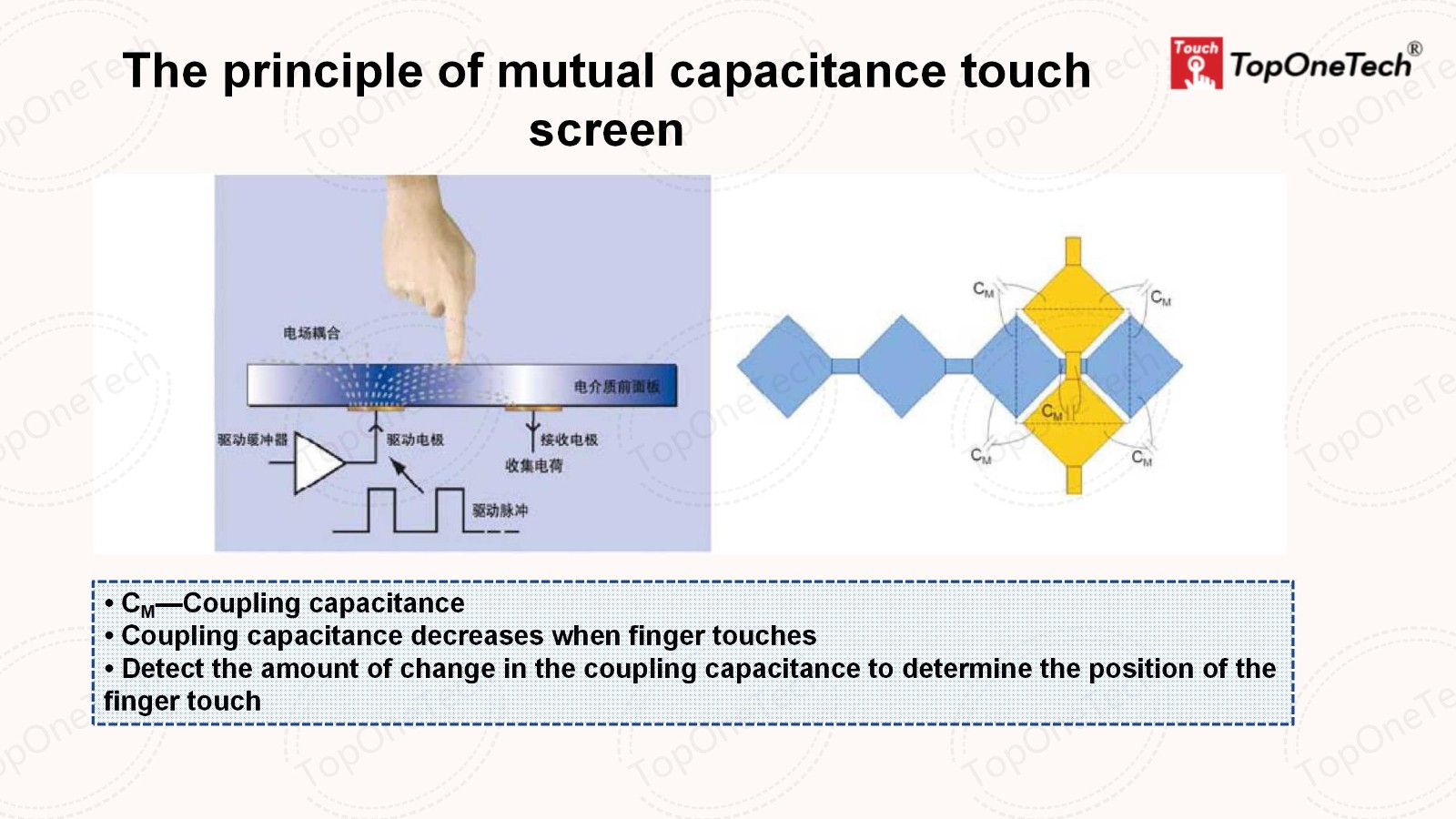 The advantage of mutual capacitance screens is that there is less wiring, and the difference between multiple contacts can be recognized and distinguished at the same time. The self-capacitance screen can also sense multiple contacts, but it cannot be distinguished because the signal itself is blurred. In addition, the sensing scheme of the mutual capacitance screen has the advantages of fast speed and low power consumption. Because it can measure all nodes on one drive line at the same time, it can reduce the number of acquisition cycles by 50%. This two-electrode structure has the function of self-shielding external noise, which can improve signal stability at a certain power level.

In any case, the touch position is determined by measuring the distribution of the signal change between the X and Y electrodes, and then using a mathematical algorithm to process these changed signal levels to determine the XY coordinates of the touch point.

1. Capacitive touch screen only needs to touch, and does not need pressure to generate signals.

2. Capacitive touch screens only need to be calibrated once or not at all after production, while resistance technology requires regular calibration.

7. Projected capacitive technology is wear-resistant, has a long service life, and low maintenance costs for users. Therefore, the overall operating costs of manufacturers can be further reduced.