Which interfaces can be customized on the capacitive touch screen

Which interfaces can be customized on the capacitive touch screen

Capacitive touch screen technology uses the current induction of the human body to work. The capacitive touch screen is a four-layer composite glass screen. The inner surface and the interlayer of the glass screen are each coated with a layer of ITO. The outermost layer is a thin layer of silica glass protective layer, and the interlayer ITO coating serves as the working surface. Four electrodes are drawn on the four corners, and the inner ITO is a shielding layer to ensure a good working environment.

When a finger touches the metal layer, due to the electrical field of the human body, a coupling capacitor is formed between the user and the surface of the touch screen. For high-frequency current, the capacitor is a direct conductor, so the finger draws a small current from the contact point. This electric power flow flows out from the electrodes on the four corners of the touch screen, and the current flowing through these four electrodes is proportional to the distance from the finger to the four corners. The controller obtains the touch point by accurately calculating the proportions of these four currents’ position. 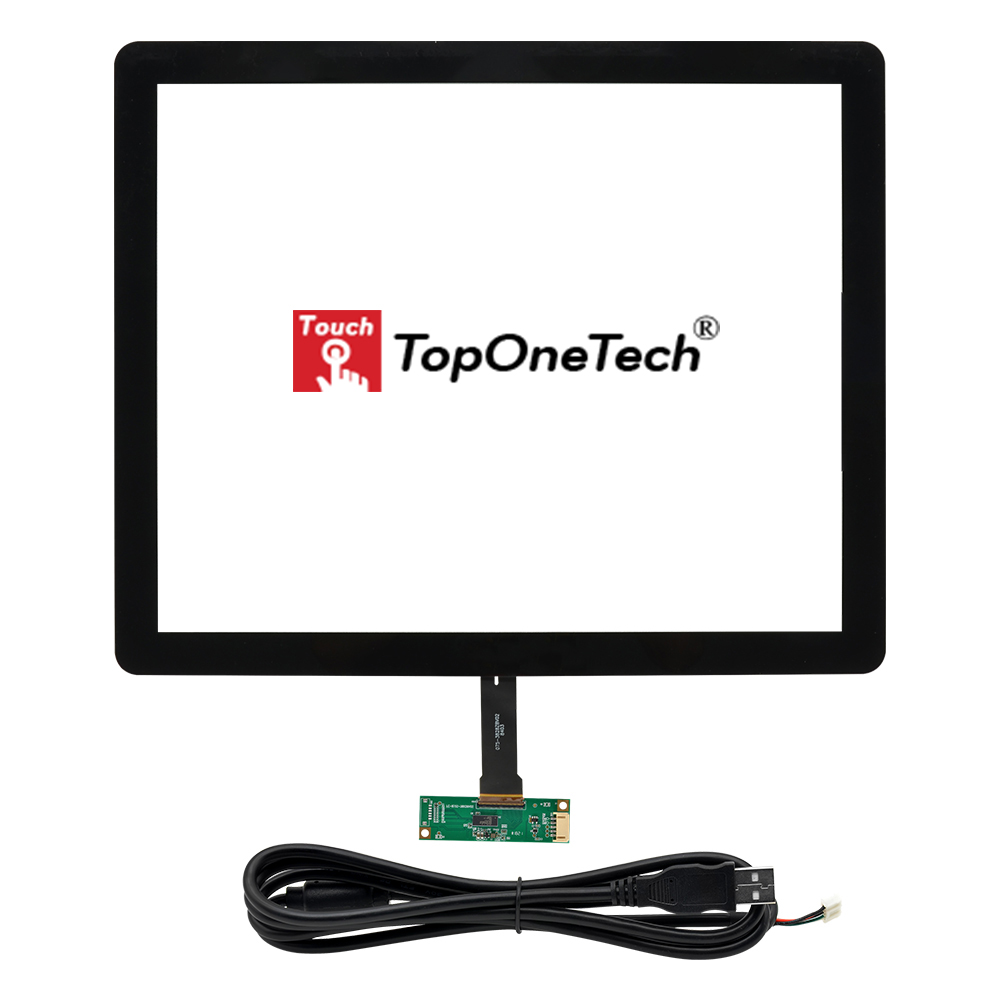 The capacitive screen has 2 kinds of interfaces, IIC interface and USB interface, both of which can be customized.

The above is what the editor introduces to you about the types of interfaces for customizing capacitive touch screens. I hope it can help you. If you have other aspects you want to know, you can come and consult us.