Multi-touch technology refers to a technology that allows users to control a graphical interface with multiple fingers at the same time. Corresponding to multi-touch technology is single-point touch. Single-point touch devices have been introduced very early. For example, small-size devices include smartphones and tablets. Large-size devices such as ATM machines in banks and queuing inquiries machines, retail terminals, advertising machines, slot machines, etc, are most commonly seen in our daily life

The multi-touch display device uses advanced computer vision technology to obtain and recognize the position of a human finger on the touch screen, and through calculations, convert the physical coordinates of the finger on the display screen into the logical coordinates and control instructions of the computer screen, to realize the control functions such as touch selection, opening the interface, switching the screen, and information query with fingers or other natural objects on the display screen. 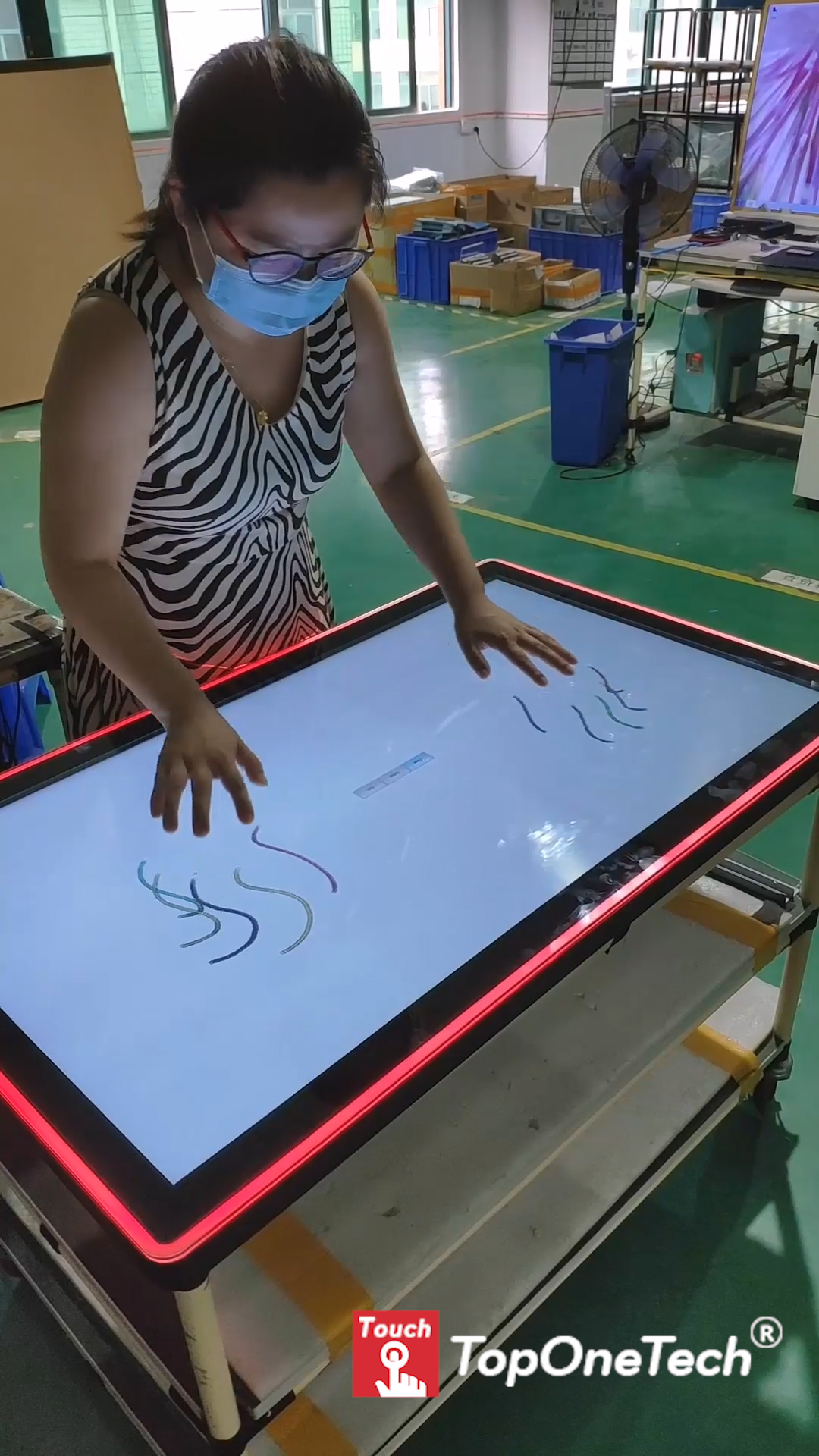 To use multi-touch technology, the device must be equipped with a touch screen, and it needs to be equipped with software that can recognize more than one touch at the same time. In contrast, the standard single-touch technology can only recognize one point, which is the largest among them. respectively. Things that can make the computer feel physical touch include heat, acupressure, high-speed camera, infrared, optical sensor, resistance change, ultrasonic receiver, etc.

The application of multi-touch

If you have used an iPhone, you will know that multi-touch is a very useful and fun thing: when browsing the web, you often have to zoom in a certain area to see clearly, and it is also very useful when looking at pictures. Of course, without this function, humans can adapt and achieve their own goals in the same way. Just like a mobile phone without a touch function, they still surf the Internet. Of course, the simplicity and comfort are different.

Many people think that multi-touch is limited to zoom in and zoom out. In fact, zooming in and out is just one of the practical application examples of multi-touch. With multi-touch technology, its applications can be expanded infinitely through unlimited imagination. Programmers can apply multi-touch to many aspects, change or innovate more operation methods to a certain extent. A typical application is that playing piano on hard glass becomes a reality. If you turn your touch screen into a keyboard, then you get an electronic piano with ten fingers playing at will. Or call up the drawing board and draw with ten fingers at the same time. These are reasonable uses of multi-touch.

It can be said that the touch screen is the ultimate choice for the man-machine interface. Regardless of whether it is a single-point touch, a multi-touch to recognize direction, or a multi-touch to identify the position, they have obvious advantages in many applications, such as mobile phones, tablets, jukeboxes, GPS, and so on. How to enable them to achieve more different functions depends on the application of multi-touch technology.