What do we know about touch screens?

What do we know about touch screens?

What is touch screen?

The touch screen is also called touch-controlled screen, touch panel, or TP for short. In simple terms, it is an inductive display device that can access input signals such as contacts. As a newest computer input device, touch screen is currently the simplest, most convenient and natural way of human-machine interaction. Touch screens can be used in all electronic devices, which give modern scientific and technological life a brand-new look, and are very attractive new multimedia interactive devices. 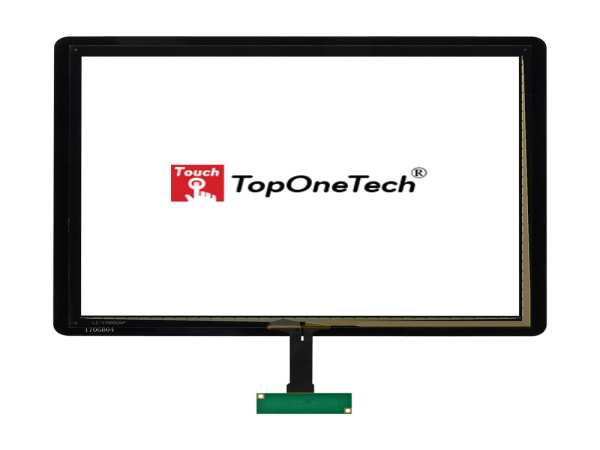 What are the common types of touch screens

The infrared touch screen uses the infrared matrix densely distributed in the X and Y directions to detect and locate the user's touch. The infrared touch screen is equipped with a circuit board outer frame in front of the display, and the circuit board is arranged with infrared emitting tubes and infrared receiving tubes on the four sides of the screen, corresponding to one by one into a horizontal and vertical cross infrared matrix. When the user touches the screen, the finger will block the two infrared rays which pass through the position. Based on this, the position of the touch point on the screen can be determined. 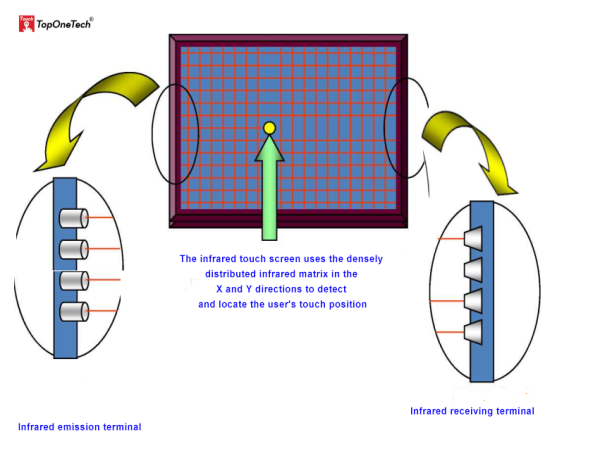 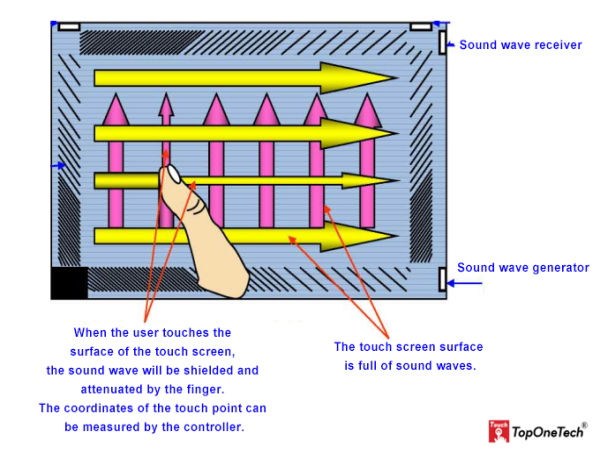 The third type is the resistive touch screen

It uses two layers of conductive ITO plastic film, the two pieces of ITO are provided with particle fulcrums, so that when the screen is not pressed, there is a gap between the two ITO layers, and it is in a non-conductive state.

When the operator presses the screen with a fingertip or pen tip, the pressure will make the film concave, and the two ITO layers will contact and be conductive due to deformation, and then the corresponding pressure point can be calculated by detecting the changes in the X-axis and Y-axis voltage to achieve touch processing mechanism of the screen.

At present, there are multiple types of resistive touch screens such as 4-wire, 5-wire, 6-wire, and 8-wire. The more the number of lines, the higher the precision of detection, but the higher the cost.

The fourth type is the capacitive touch screen

It consist of a common ITO layer and a metal frame, when a finger touches the screen, charges are released from the panel. Sensing is done at the four corners of the touch screen, no complicated IT is required.

Self-capacitance is also called absolute capacitance. It takes the sensed object as the other plate of the capacitor. The object induces charge between the sensing electrode and the sensed electrode, and the position is determined by detecting the change of the coupling capacitance. 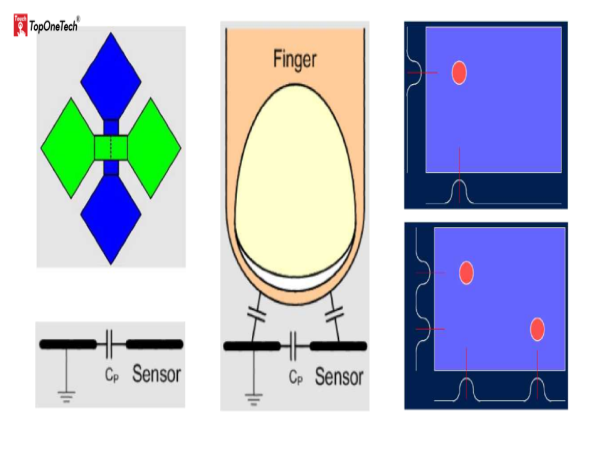 Where is the touch screen applied

The touch screen can be used everywhere,

Which touch screen is the most commonly used?

Projective capacitive touch screen is now the most widely applied and most commonly used touch screen, and it is also one of the core of Top One Tech’ s main business. Top One Tech has more than ten years of touch screen manufacturing experience. The open frame touch screens, touch monitors, touch all-in-one computers are sold well in more than 30 countries and regions in Europe, America, South America, Southeast Asia, etc., and are well received by customers.

If you want to know more information of projective capacitive touch screen, please comment below and leave a message, we will send the company's products and information to you.