What are the obvious advantages of market-approved touch monitors?

What are the obvious advantages of market-approved touch monitors?

The touch monitor has been around for a long time, and it has brought people more flexible,  convenient and rapid operation. The reason for such rapid development is that a large number of industrial products on the market need to use this kind of display, such as the vending machine in public places, is a basic operation platform based on the touch monitor. What are the obvious advantages of the touch display  which is recognized and evaluated by the market? Some people in the industry say that touch monitors have strong device compatibility. Many people think that such displays need targeted development, but in fact, there are many general-purpose displays that are used in various fields, and even many large-size screens can be used, because it has a touch function, it is naturally easy to operate, and most touch monitors have multiple interfaces, which can support the transmission of various information and data, which also means that it can be customized and assembled, later upgrades and modifications are possible.

The traditional touch monitor does not have complicated functions, but with the change of market demand, the touch monitor even has the function of supporting wireless and wired network connection, which can be applied in various network environments, and it is greatly convenient after connecting to the network. The operation of the equipment, such as the vending machine connected to the network, can broadcast various promotional messages, and can even be remotely controlled. 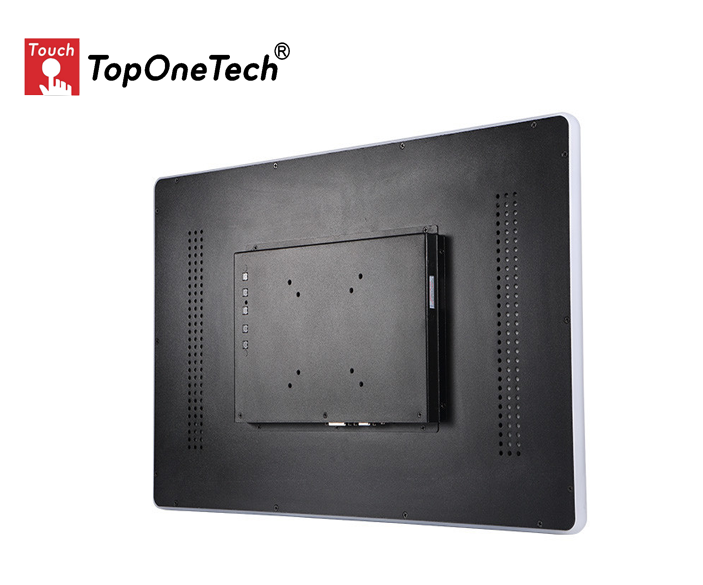 Therefore, the touch monitor can also make its display more prominent after configuring the module function. For merchants, after using this type of display not only as a guide screen for the transaction interface, it can even create a dedicated advertising interface screen to increase the source of income, and generally speaking, the embedded installation of the touch display is more beautiful, and it can also play a role in preventing moisture and dust in various spaces to improve the service life of the display.