Customers often ask, is your touch film G+G, or G+F, G+F+F...GF2? There are too many to distinguish them, so today Top One Tech will take you to understand them together! 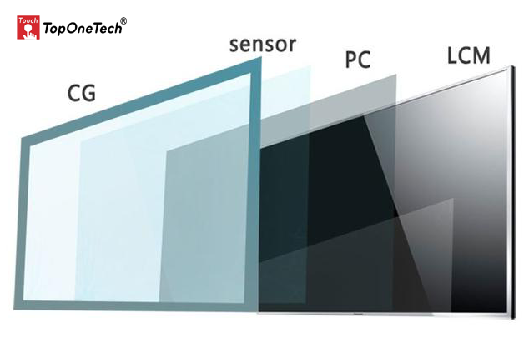 Namely Cover glass+Sensor film, this structure uses a single-layer FILM SENSOR, the ITO pattern is generally a triangle, supports finger touch, but does not support multi-touch.

This structure uses two layers of Film Sensor, the ITO pattern is generally diamond or rectangle, and supports multiple points. 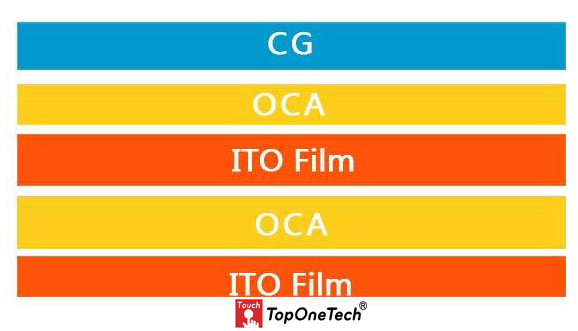 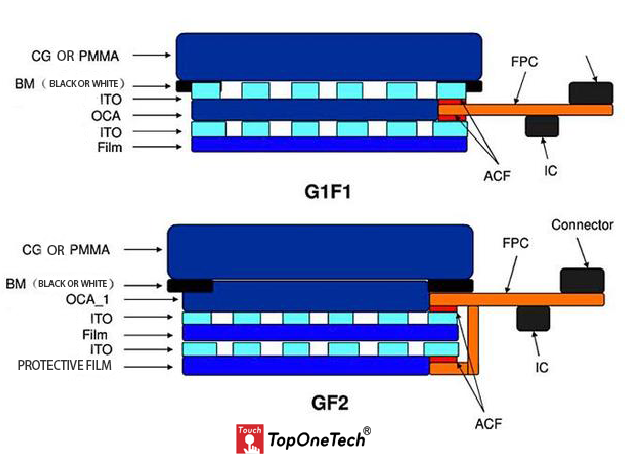 OGS technology (One glass solution) is to distinguish it from multiple pieces. The original touch screen requires multiple pieces (G+G, G+F), while OGS is a technology that directly implements the touch sensor on the cover, it will be thinner, and the display will be better and clearer. It is mainly dominated and developed by touch screen manufacturers, while touch module manufacturers or upstream material manufacturers tend to OGS, that is, the touch layer is made on the cover glass, which has strong production process capabilities. 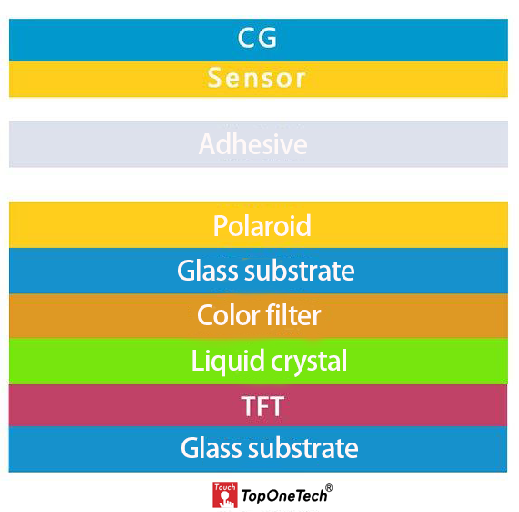 Touch effect: Strictly speaking, the touch sensitivity of OGS is better than that of on-cell/in cell, but the touch is also related to the underlying optimization of the system of the whole machine.