The touch monitor's highlight characteristics and the principle of waterproof and fog, the monitor application under multi-environment

The touch monitor's highlight characteristics and the principle of waterproof and fog, the monitor application under multi-environment

In the Internet era, touch monitor applications can be seen everywhere. It is a computer I/O device, that is, an input and output device. It is a display tool that reflects a certain electronic file on the display screen of a specific transmission device to the human eye. It can Divided into CRT, LCD and other types.

Taking into account different application requirements and use environments, touch monitors are constantly being upgraded and changed. The most direct feeling for everyone is that the display accuracy and clarity are gradually improved, the touch response speed is also faster, and the RGB color gamut is becoming wider. It is a dominant feature of commercial touch displays and is widely used in daily applications. In industrial touch displays, the factors for application improvement are not as simple as high definition and high pixels. It involves more realistic environments, such as power consumption, current, wide voltage, static electricity, dustproof, waterproof, scratch, Water vapor atomization, highlight display, contrast, viewing angle, etc.Specific environment, specific requirements.

Today, I will introduce you to the highlighting characteristics of industrial monitors, and how the touch monitor works in an outdoor environment with large temperature differences. The principle of its screen is waterproof and foggy.

For example, this 27-inch high-brightness touch monitor produced by Top One Tech has a brightness of 1000cd/m2 and can be used outdoors in strong direct sunlight. 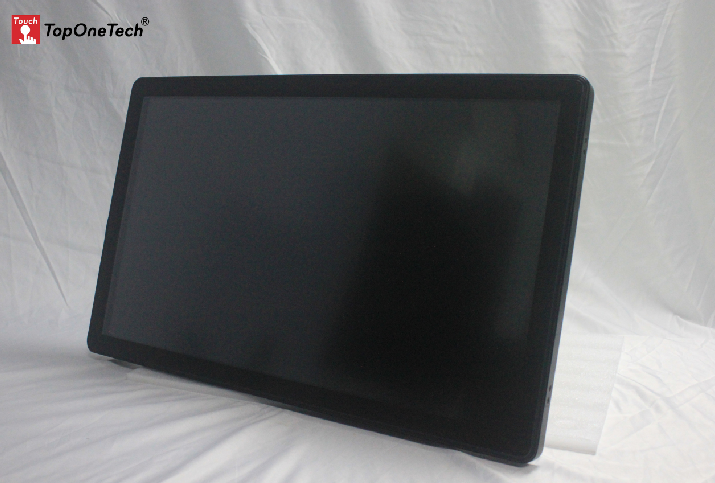 The high-brightness characteristic of the touch display means that the brightness and contrast of the touch display are increased to 2.5 times that of the ordinary display. It can solve the problem that the touch monitor screen cannot be seen clearly due to the dimness of the screen in a well-lit environment. At this time, the touch screen must reach a certain brightness, so that people can look at the screen clearly. Similarly, in a dimly lit scene, the screen will automatically reduce its brightness to adapt to the surrounding light and avoid irritating human eyes.

If the usual environment of the display device is constant, then the brightness of the screen display does not need to change. But more often, in outdoor scenarios, the application of the touch display needs to self-adjust following the time change and the light intensity to adapt to the surrounding light intensity, so as to better serve the human eye without being affected by the light.

The self-adjustment of the display brightness is to protect the device itself.

As an electronic device, the display can burn out due to long-term work. Therefore, from the perspective of maintenance, you need to turn off the display or reduce the brightness of the display when it is not in use. Otherwise, it will burn out or aging if it takes a long time. Once this kind of damage occurs, it is permanent and irreparable. In addition, if a fixed content is displayed continuously for a long time, some LCD pixels will overheat, which will cause internal burnout. From the above content, we can see the advantages of self-adjusting the brightness of the display.

The touch display has a wide range of application scenarios and the use environment is complex and changeable, which requires a wider range of adaptability of the poke display. Not only can it meet the wind, rain, and sun in different seasons, but when it is energized, the board and screen materials have a final lifespan. These external conditions will accelerate the aging speed of the touch display.

The water mist problem of the outdoor environment touch screen is caused by the change of the material, structure and environment of the display itself. When the air flow encounters the large temperature difference between morning and night outdoors, and the heat emitted by the touch display during a certain period of time, water vapor will be generated inside and outside the screen, and water flow will appear in serious cases. To solve this problem, Top One Tech makes a waterproof treatment on the outside of the screen, and use LCD frame sticker technology on the side to complete the closed management, so as to avoid the appearance of water mist inside and affect the whole machine’s operation. 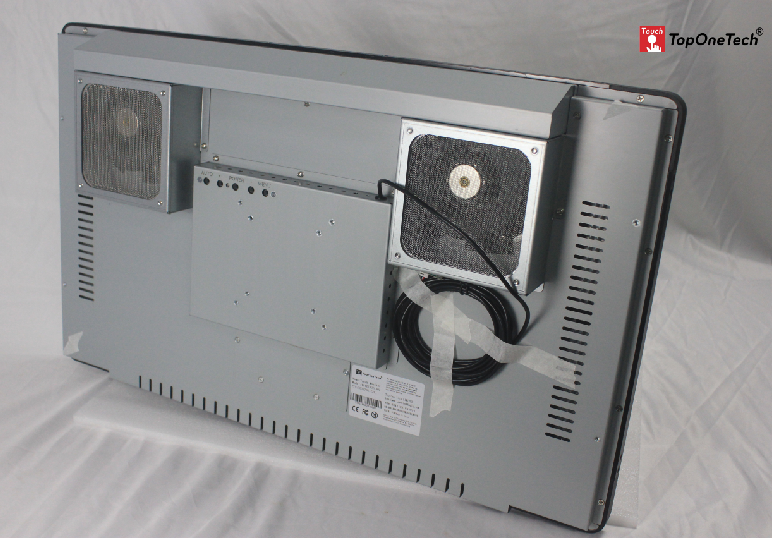 The touch monitor often encounters some problems during the use process. We can find it from the maintenance process and continuously improve the design, so that the application of the touch monitor can satisfy more applications, satisfy the environment, and satisfy users.