The more touch points the better? What does ten-point touch, multi-touch, and single-touch mean?

The more touch points the better? What does ten-point touch, multi-touch, and single-touch mean?

In life, we often hear and see that some devices have multi-touch functions, such as mobile phones, tablet computers, all-in-one machines, ATMs, vending machines, etc. When manufacturers are promoting, multi-touch is often used as a selling point. So, what do these touches mean and what do they represent? Is the more touches the better? 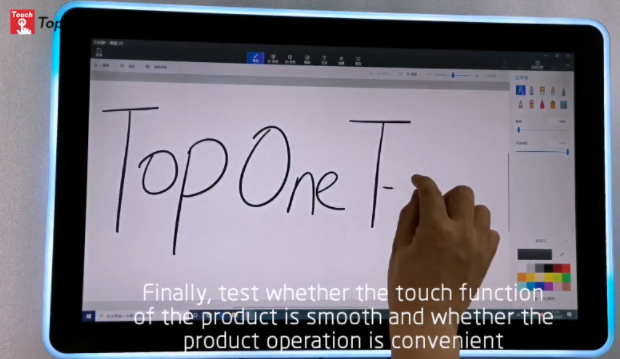 1. What is a touch screen

First of all, it is an input device, similar to our mouse, keyboard, descriptor, drawing tablet, etc., except that it is an inductive LCD screen with input signals, which can convert the functions we want into instructions Send it to the processor, and return the result we want when the calculation is complete. Before this screen, our human-computer interaction method was limited to mouse, keyboard, etc. Now, not only touch screen, but also voice control has become a new interaction method for people to communicate with computers.

The emergence of single-point touch screens has truly changed the way people interact with computers. It can no longer be limited to buttons, and can even solve all input problems with just one screen. Its advantage is that only one finger touch input is supported, and two or more touch inputs are not supported, which prevents many false touches.

When drawing, the harder your fingers are, the stronger the strokes (colors) of the drawing. Typical applications, such as two-finger zoom, three-finger rotation zoom, etc.

The so-called ten-finger touch is that the system can respond to the actions of 10 fingers at the same time. The ten-finger touch technology is to form a touch screen (screen, desktop, wall, etc.) or touchpad that can accept input information from ten points on the screen at the same time. Since all touch units are arranged in a matrix, no matter which part the finger touches, the system can respond to the corresponding finger action.