Simply put, display products are to solve the relationship between electricity and optics.

After strict design and manufacturing, the product is controlled by the embedded integrated chip to control the current operation, and the positive and negative electrodes are connected. The precision components inside the product are drilled. Then, light is generated and then the screen appears. And how is the touch function implemented? The answer is the same: the two conductive layers contact each other, the current at the contact point changes, and the corresponding function is executed.To control the change of the display screen through the touch principle, this is the basic principle of the operation of touch display products.

I believe that through the brief but vivid introduction above, you have understood the basic principles of touch and display.

Resistive touch screen is a relatively mature touch screen technology. It uses a passive, physical squeeze method to contact the two conductive layers under the touch screen with pressure: when you click or write with your finger or a rubber pen, the screen will slightly bend, causing the two conductive layers to contact. Then the current at the contact point changes, and the relevant commands are executed. The advantages of the resistive screen are cheap, mature technology (can also be understood as a technology to be eliminated soon), and durable; the disadvantage is that the response is slow, only a single point can be controlled at a time, inconvenient manipulation, and more reflected light. At present, resistive touch screens are mostly used on old-style ATM and electronic signature boards. 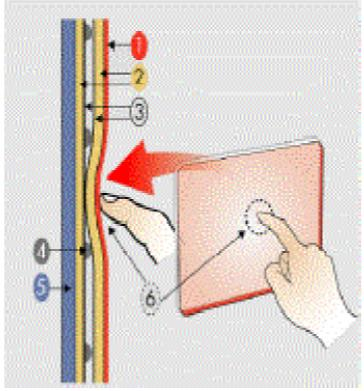 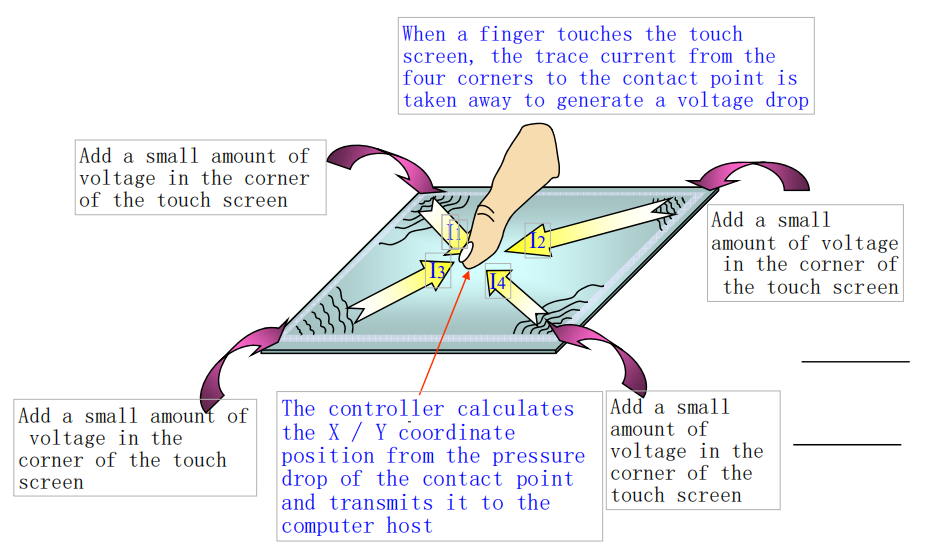