Is the era of curved touch displays coming?

Is the era of curved touch displays coming?

Since 2014, the power of curved products has begun to show. From the appearance of the first comprehensive TV to the first curved mobile phone, the application of curved surfaces has quickly swept the consumer display market and occupied an important position. We are also entering the era of curved screens. The appearance of curved products is another important update in the history of the development of display devices following the transition from CRT to flat-panel LCD.

Now, after making great strides in the consumer field, the curved display has also begun to expand into the commercial and industrial fields, especially in the application of casino entertainment equipment. It perfectly presents the characteristics required by gambling machines:

1. Immersive experience, can provide a better surround look and feel, to provide users with a more in-depth viewing vision.

2. Wider viewing angles. Among the monitors of the same size, the curved display has a larger feeling and a wider field of view, because the twist and beauty of the screen can bring users a closer experience.

3. Touch more easily. The operating range is in accordance with ergonomic characteristics, and the entertainment experience and enjoyment are more comfortable. At the right distance, your hands can touch every part of the screen at equal distances.

For curved displays, an important indicator needs to be clear, that is curvature. The so-called curvature of the display refers to the degree of curvature of the screen, which is the core index that determines the visual effect and screen coverage of the curved display. It is the rotation rate of the tangent direction angle of a certain point on the curve to the arc length, which is the curved screen The smaller the radius value, the greater the curvature. 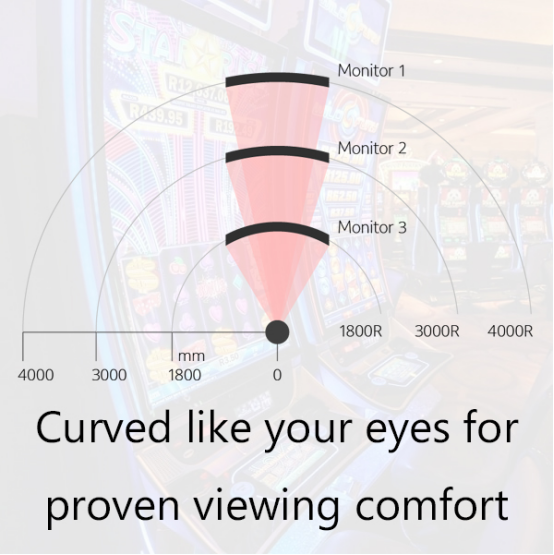 At present, TopOneTech's curved surface products are standard 1800R and advanced 1500R, the product sizes of these two curved surfaces are 32 inches and 43 inches, respectively.

Among them, TopOneTech's 43 inch touch curved displays use an unprecedented 1500R curvature of tempered glass and OLED display, which is more suitable for game scene equipment, so that your players can not immerse themselves in it! 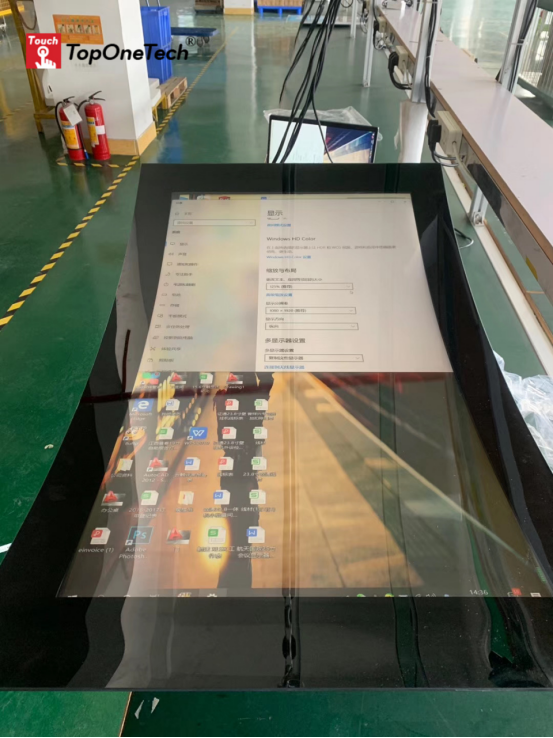 Casino entertainment equipment has begun to use touch curved displays on a large scale, and other fields like Kiosk will also become popular in large areas.

How amazing is the combination of curved touch screen and curved display. In the next few years, it will show its power. From this moment, it will gradually take off.