How to Protect Your Touch Monitor

How to Protect Your Touch Monitor

With the rapid development of technology today, touch monitors have been widely used. Whether it is in shopping malls, schools, hotels, halls, advertising booths and other places, it has provided great convenience for our work and life, and everything is closely related and gradually integrated with us.

As a cost-effective touch monitor, it also has a long service life, but during use, if we do not pay attention to maintenance, it will greatly shorten its service life. Therefore, it is very important to master some protection methods for touch monitors.

Top One Tech, as a touch monitor manufacturer and customized service provider, summarizes the four main protection methods of touch monitors for you:

1. Do not use in high temperature environment

Do not use it in high temperature environment. When the ambient temperature reaches 40°C or above, it will easily cause the capacitive screen of the touch monitor to drift. If this is done for a long time, it will cause serious damage or even scrapping of the touch screen display. It is very inconvenient for companies or individuals to cause economic losses. 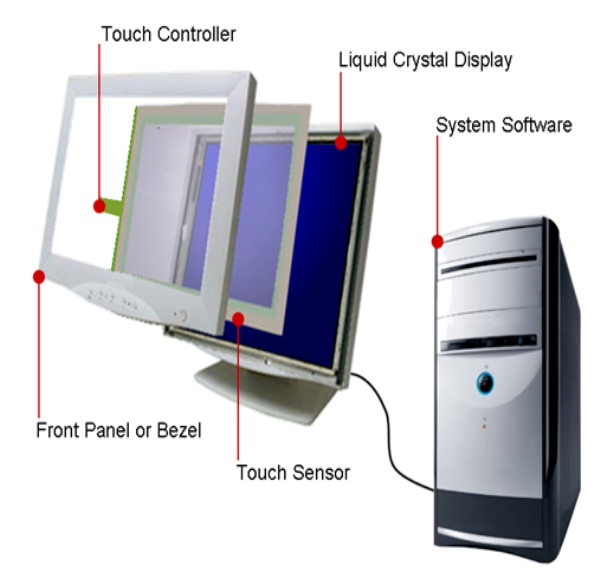 2. Do not let strong magnetic fields close to the touch screen

3. Do not let it produce electrostatic effects

We all know that the electrostatic effect is easy to penetrate the capacitive screen. Although the glass on the surface of the capacitive screen of the touch display has a certain anti-static treatment, it can only withstand static electricity under a certain strength, so when choosing a touch screen protective film, be sure to pay extra attention and choose protective films with strong anti-static ability as much as possible. The surface of Top One Tech's display has been fully anti-static treatment, the service life is longer, and customers can safely use it.

4. Do not let oil or sweat touch the touch screen

Perhaps fewer people know that the touch screen will be covered by a dense conductive layer due to oil, sweat, etc., which will cause the screen to drift. Therefore, the touch monitor should be kept away from oil and sweat. Therefore, Top One Tech recommends that customers pay attention to the above 4 points when using touch monitor, take good care of it, pay attention to the method, install and use it correctly, and let it be used for the longest time as far as possible.