Do you know the working principle of the 10.1-inch open frame touch monitor?

Do you know the working principle of the 10.1-inch open frame touch monitor?

The 10.1-inch open frame touch monitor is used by everyone almost every day, such as our tablet computers, vending machines, cash registers, etc. We only need to touch it lightly with our fingers to operate, which is very convenient and fast. Do you know how the 10.1-inch touch monitor works? Today, Top One Tech will tell you about the working principle of the 10.1-inch capacitive touch display. 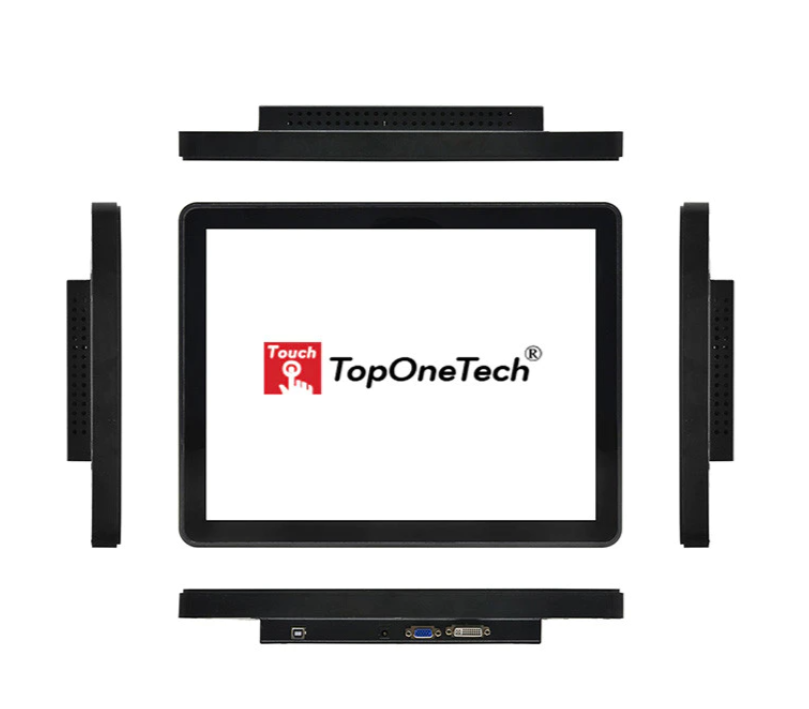 To put it simply, the 10.1-inch touch monitor is a four-layer composite glass, which includes ITO material, substrate, OCA glue, and outer protective glass, which is composed of four layers.

ITO is an indium tin oxide material that is transparent and conductive, making it suitable for making touch screens. When people's fingers touch a certain part of the screen, it will form a coupling capacitance with the ITO material, changing the capacitance at the contact point. There are wires at the four corners of the 10.1-inch touch screen. Since the alternating current can pass through the capacitor, the current of the four wires will run to the contacts, and the magnitude of the current is related to the distance to the contacts. The chip inside the lcd touch screen can analyze the current of the four corners, and the position of the contact can be obtained by calculation.

In addition, there is a more refined 10.1-inch touch monitor that is a projected capacitive screen. It uses an etched ITO array, and these ITO layers are etched to form multiple horizontal and vertical electrodes. Each part of the ITO component also has a sensing function. 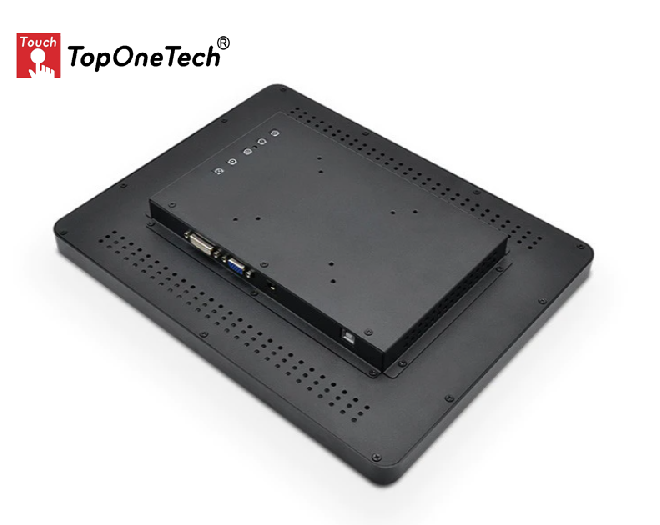 When a finger touches a certain part, it is coupled with the array capacitor, which changes the electric field on the screen. By analyzing the current change in the electric field through the sensor and chip, the position of the contact can be sensed. Compared with the previous four-corner current capacitive screen, this 10-inch touch screen can realize multi-touch and be more widely used.

For example, the 10.1-inch touch monitor produced by Top One Tech is a conventional hot-selling model. It adopts the touch method of capacitive screen, which can support up to 10 points of touch, and is sensitive to touch, which can realize the touch of gloves, wet hands and sweaty hands. The overall color is black, and the front adopts a full-plane seamless design, so it looks very stylish. The color of the back is also black, with cooling holes, and the overall has a very good industrial design, which looks stylish and modern.

Of course, the 10.1-inch touch monitor technology can also be used more widely. I believe that in the future, more and more smart products will change people's lives and even the world through LCD touch screens as a medium!