Difference between the capacitive touch screen and the TFT LCD screen?

Difference between the capacitive touch screen and the TFT LCD screen?

Strictly speaking, the two cannot be compared horizontally, because they are not the same kind of parts. Most electronic device screens have both of these screens.

The capacitive touch screen is a kind of touch screen, it is transparent like glass, it will not display any content and will not emit light. Its function is to perceive the user's touch operation. 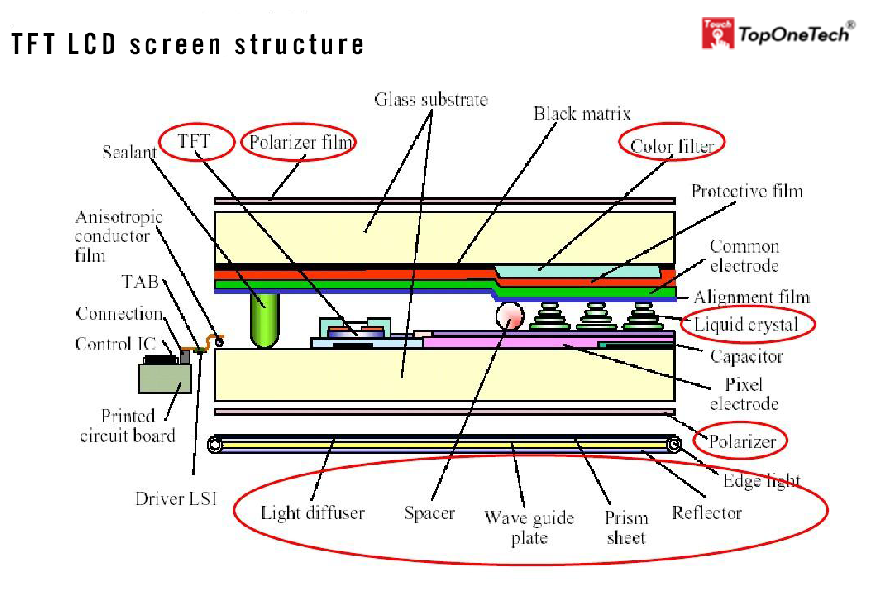 The TFT screen is the real screen. TFT is the most widely used liquid crystal display material, mainly used in the field of low & middle-end display, and it is more widely used in mobile phones. The TFT LCD screen is a thin film transistor LCD screen. It is a display screen that has no function of sensing touch and can only be used to display images.

Therefore, in the electronic equipment currently manufactured, these two screens are usually used at the same time. The two screens are overlapped up and down. The line is connected through the AD board and the wire. The TFT LCD screen is responsible for displaying the image, and the capacitive touch screen is responsible for perceiving the user’ operation, this is the origin of what we often call "inner screen" and "outer screen".

With the development of touch screen technology, many manufacturers of electronic equipment have begun to introduce touch screens and install them in LCD screens, achieving technological innovation and meeting market demands.