Those who are familiar with Greek mythology know that there is a sea god named Poseidon, the earth-shaker, who controls all waters. His majesty is equal to the endless vitality of the earth and floods. He is called the Zeus of the sea. His power is so high that its dominance is all over the universe, and it is the powerful ruler second only to Zeus. In fact, in the touch display world, there is such a powerful Poseidon, which is the newly launched product of TOP ONE TECH. The 27-inch high-brightness touch display with dual fan cooling.

Top One Tech’s 27" open-frame LCD touch monitor has a long-term product cycle. Its model is TOT270UCA001, which integrates Top One Tech’s most advanced PCAP technology research results. As a new generation of Poseidon, what performance does it have? Can it bring us a different surprise? Just follow us to find out. 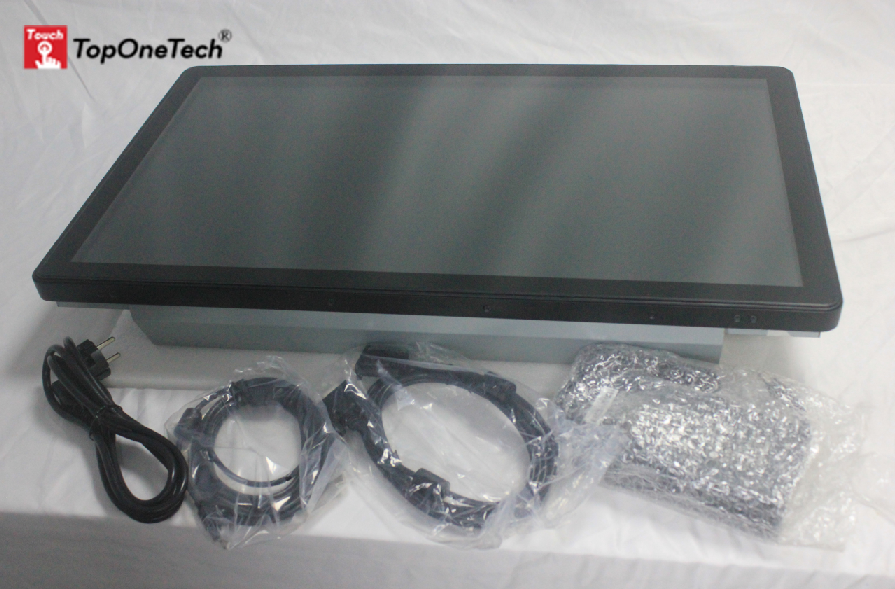 The overall design style of this model is still atmospheric industrial style, the fuselage shell is made of a new generation of aluminium alloy, exquisite workmanship, and the forging process is controlled by Top One Tech's strict specifications. The 16:9 aspect ratio LCD screen meets most equipment installation requirements on the market. The 27-inch large screen has a larger viewing area and a more comfortable perception. Because of the innovative design, the screen ratio changes, the body is slightly wider than the ordinary touch screen, and the frame is significantly narrower. It is the credit of the 16:9 screen. The body size is: 655.9*394.4*87mm. 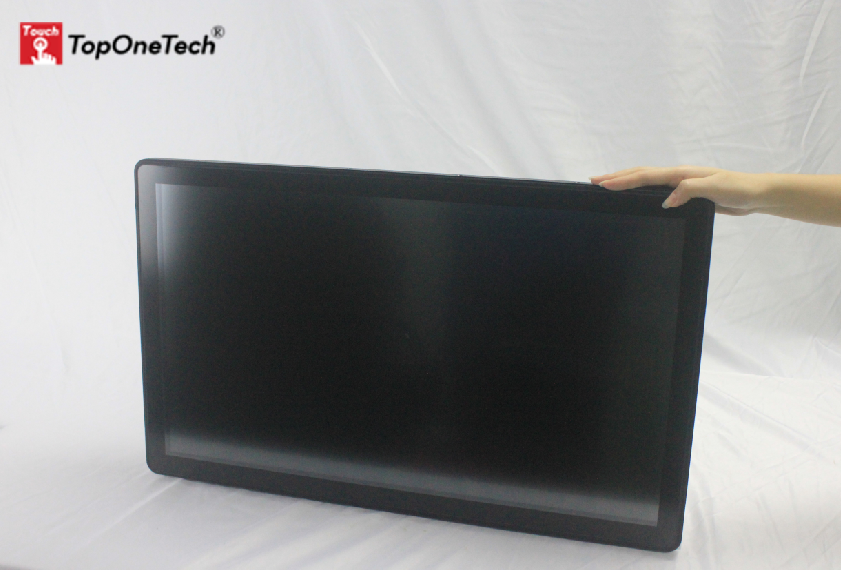 It is worth mentioning that the screen is different from the ordinary screen. We installed it with an IPS high-definition full-view screen. The viewing angle can reach 178 degrees. It can basically be said that there is no dead angle. No matter which angle you cut in, you don’t have to worry about being invisible. The screen picture appears.

It adapts to a wide range of working temperatures, the lowest can be placed in an environment of minus 15 degrees Celsius, and the highest can reach 50 degrees Celsius. Such a wide range of applicable environments is an inevitable choice for many customers. At the same time, the high-brightness touch display still has a response speed of 12ms, and the LCD backlight can last up to 30,000 hours. It is durable and worry-free after-sales.

Let’s take a look at its interfaces. Ordinary touch monitors generally have only one or two input/output interfaces. On the body of this highlight touch monitor, four interfaces, USB, VGA, HDMI, and DC, are designed for video input. Video output, audio output, or audio and video output at the same time, there is no problem. These interface types can be customized according to customer requirements. 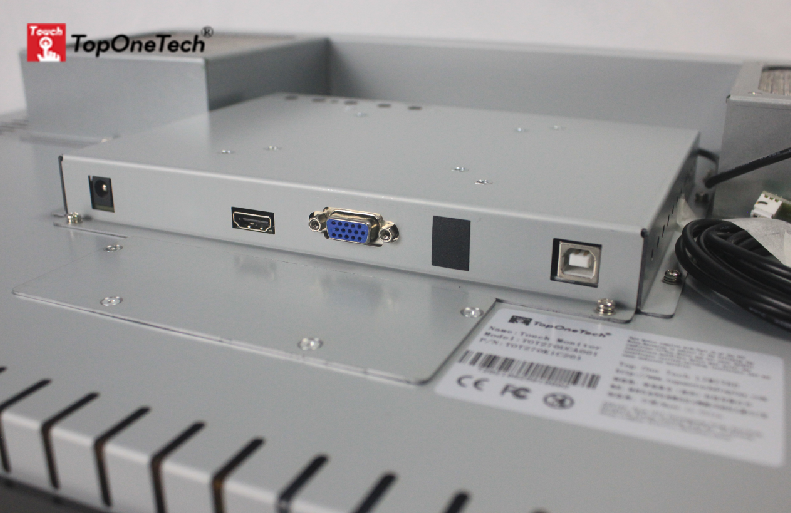 In addition, the use of the maximum screw thread 12-M4, thread depth 5mm screw fixing components, so that the entire body is perfectly stable as a whole, not afraid of knocking and falling apart. You can install it vertically or horizontally, and use brackets to fix it on the wall, on the table, on the display rack and in other positions.

Such a large screen will definitely generate a lot of heat in operation, so how does its heat dissipation work? We have to mention its dual fan system. We use the front surface of the LCD  to dissipate heat. In order to prevent the screen from being black when exposed to the sun, a 12V, 2.94A high-power fan is selected. When the internal motherboard and backlight are heated, the fan can quickly absorb the heat, exhaust through the exhaust hole, so that the touch screen can operate for a long time without damage. Because the low-power fan cannot blow to the front surface of the LCD screen, it cannot play a role in heat dissipation. 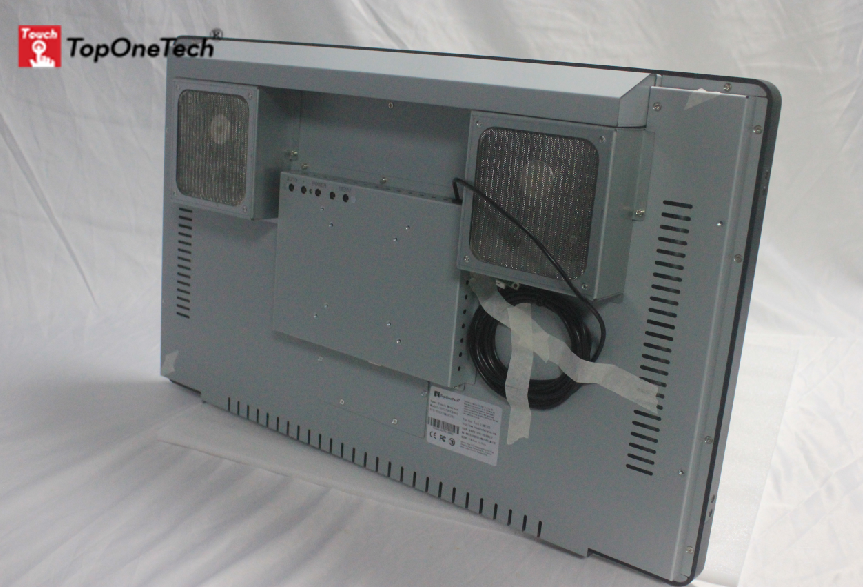 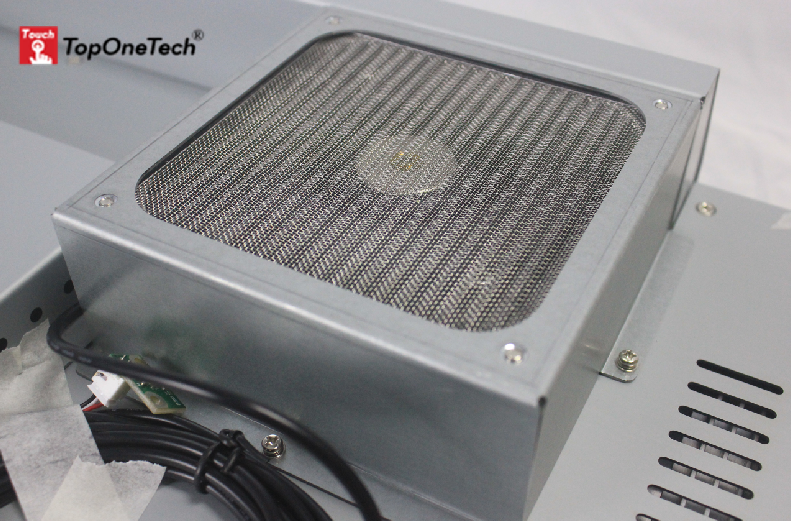